Keeper of the Garden. 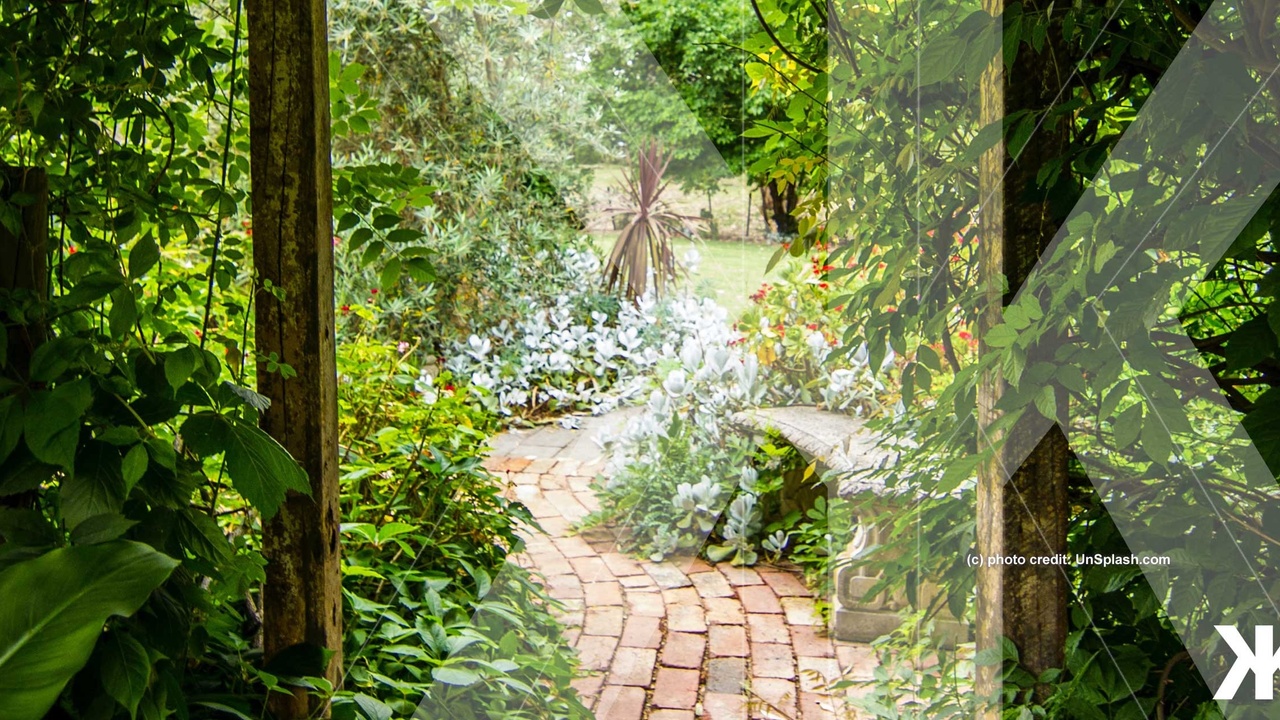 “Creating inner peace and dreams is an inside job.”

What is your role in creating inner peace in your life? Are you stepping up to that role?

Something keeps drawing me back to this topic – keeper of the garden.  It has been part of me ever since I opened a bible and read the fall story - the story where Eve bites the apple, and we are all doomed to a sinful life ever after.

The story about the woman who set the stage for the whole world to fall into sin.  The woman who was weak, easily manipulated, and selfish.  And the woman who lured and seduced her husband to sin too.

Like many women, I was taught growing up that women are sinful, not to be trusted, weak, easily manipulated, prone to being selfish, yet so seductive and alluring that they could make the superior male stumble.  And that's why she needed to be under a man's control.  That's why she couldn't be free to experience life, and she had to remain captive, well trained and under man's control.

This story of shame was passed down to me, not from a church's doctrine, mind you, but from my mother.  She was told by her father growing up that he hoped she would have a daughter one day, so she knows the burden she had been to him.

Of course, that has been the story, hasn't it?  No matter where you heard it, this story has been circulating for centuries.

And it's not so long ago that women were still oppressed in North America, still not equal, still not free.  In the mid-1980's, my mom packed my brother and m in the back of her Chevy Monte Carlo, and we set off for a holiday in Maine, USA.

What I remember most from that holiday is an articulating toy I purchased that could be shaped into various designs, such as a ball or a dog.  It is still part of my game box for family travelling trips.  It's discoloured, and the articulating joints are stiff, but I love to bring it out and amaze children as I shape it into an object or animal.

And every time I bring it out, it reminds me of the other memory I have of this trip.  We had to sleep in the car some nights.

Not because we couldn't afford a hotel room.  But because the men who ran these hotels wouldn't let a single mom stay the night.

I remember my mom getting back into the car, slamming the door and muttering about the injustice.  I didn't fully understand.  But I remember hearing the words, "we cannot allow a single mom to stay with us."

I didn't know what was wrong with being a single mom or why they couldn't rent hotel rooms sometimes.

But what I do remember is that it didn't matter to me.  I don't fully recall the trip, but I have good feelings about it.

And over the years, I have heard it repeated, time and time again - women cannot be trusted.  Women are responsible for original sin, and women are a burden.

Have you read it?

Because the words that stood out to me were that God gave Adam the responsibility to protect the garden.

Adam's job was to watch over and keep the garden safe.

Yet, Adam allowed a serpent to roam the garden and tempt his wife.

And the stories I heard make it sound like Eve was off on her own because she had asked to split up the work so they could get it done faster.

Yet the bible states Adam was "by her side" while the serpent tempted her - when she picked the fruit and ate it and then handed it to him to eat.

It does not mention her seducing him into eating the fruit, and it doesn't allude to it being a plan she concocted in secret.  Instead, it states he was by her side when it happened.

He didn't intercede, and he didn't defend the woman when the serpent came.  He didn't protect the garden.

I believe this story is a retelling of a much earlier story.  A story where women ruled, and men were there to protect women.  But the one charged to protect instead used his strength to assert control.

Yet, strength wasn't enough.  He then had to demonize the feminine, making it weak, sinful and deceitful.  It's the only way the plan could work.

And it did work for centuries.

But now it's time to wake up.  The garden is not being tended, resources are being wasted and depleted, and we are constantly at war.

It is the masculine energy in action.

It has its place.  It is good to provide and protect.

But it's missing the feminine energy to complement it.  The energy that says, "it is enough.  We have gathered enough.  It's time to rest, replenish and rejuvenate.  It's time to heal and be born again."

“Creating inner peace and dreams is an inside job.”

Take a moment to take a deep breath. Connect to your inner guidance, intuition or spirit. Ask yourself, "What is my role in creating inner peace in my life?"

What is it? Do you know? Take a moment to get clear.

Then ask yourself, "Am I assuming responsibility for my part?"

There is no right or wrong. Be honest with yourself. It's our responsibility to step up and create the world and life we want to live in.

And if you are ready to join a tribe of women ready to see, hear and support you on your journey, check out Unapologetically You!

We cannot do this alone and we can no longer afford to be divided, working against each other, or kept down by shame.

We need each other to model what is possible.

Is there something holding you back? Do you feel stuck, ashamed, unlovable, unworthy or depressed? Do you long to transform your life and create what you truly desire most?

Stay connected with news and updates!

Join our mailing list and be the first to know about new events and workshops!Don't worry, your information will not be shared.

We hate SPAM. We will never sell your information, for any reason.